For Open Path Toxic Gas Detection, there are no standardized alarm thresholds like there are for combustible/flammable gases. There is a common assumption within the industry that: 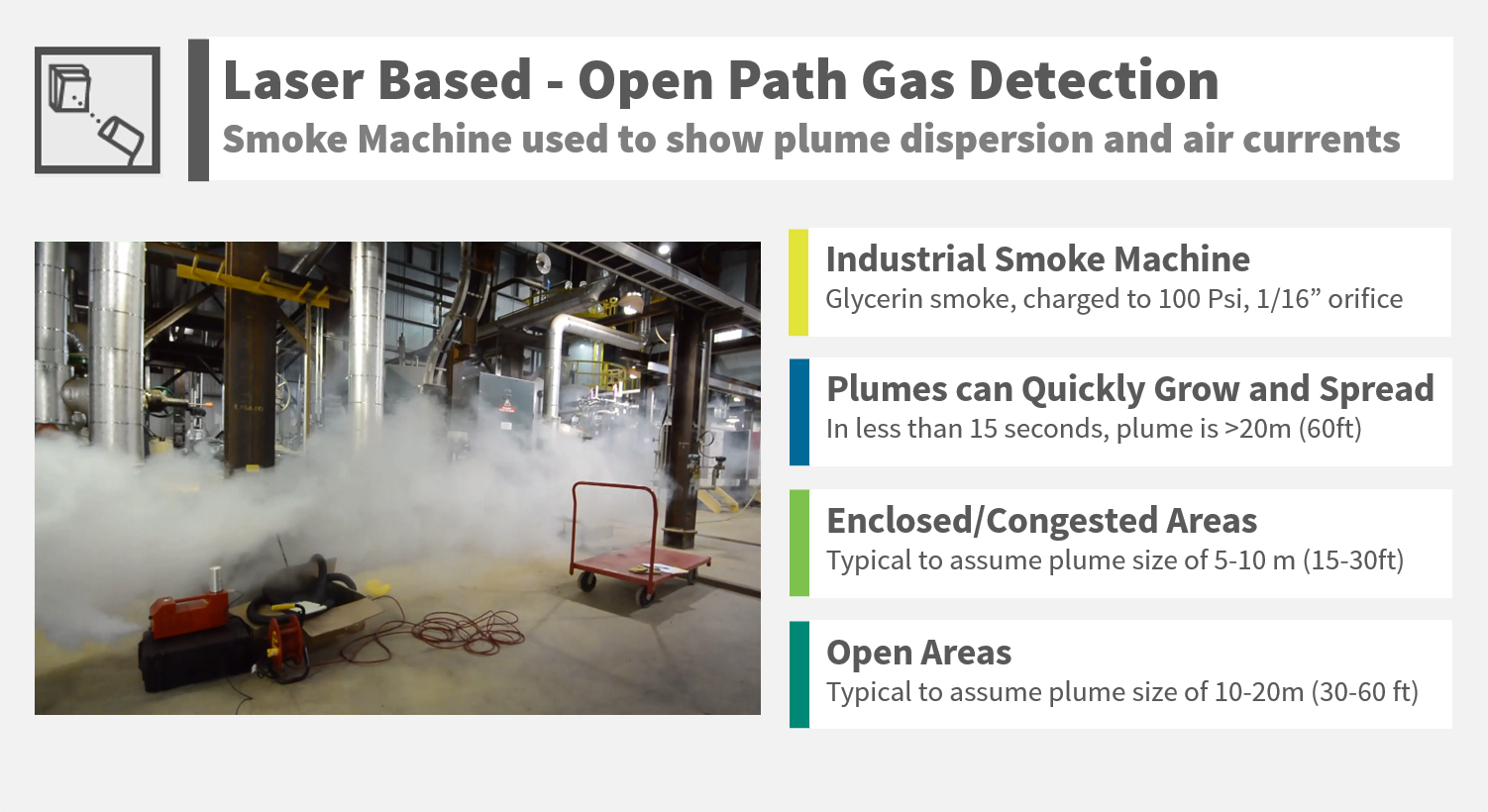 For Fixed Point Toxic Gas Detection, it would be common for end-users to set Alarm Thresholds at Exposure Based Concentrations based off of published NIOSH, OSHA, or IDLH levels. The end-user can utilize typical Exposure Based Thresholds to make them applicable to for Open Open Toxic Gas Detection by using the assumed plume size for your application. 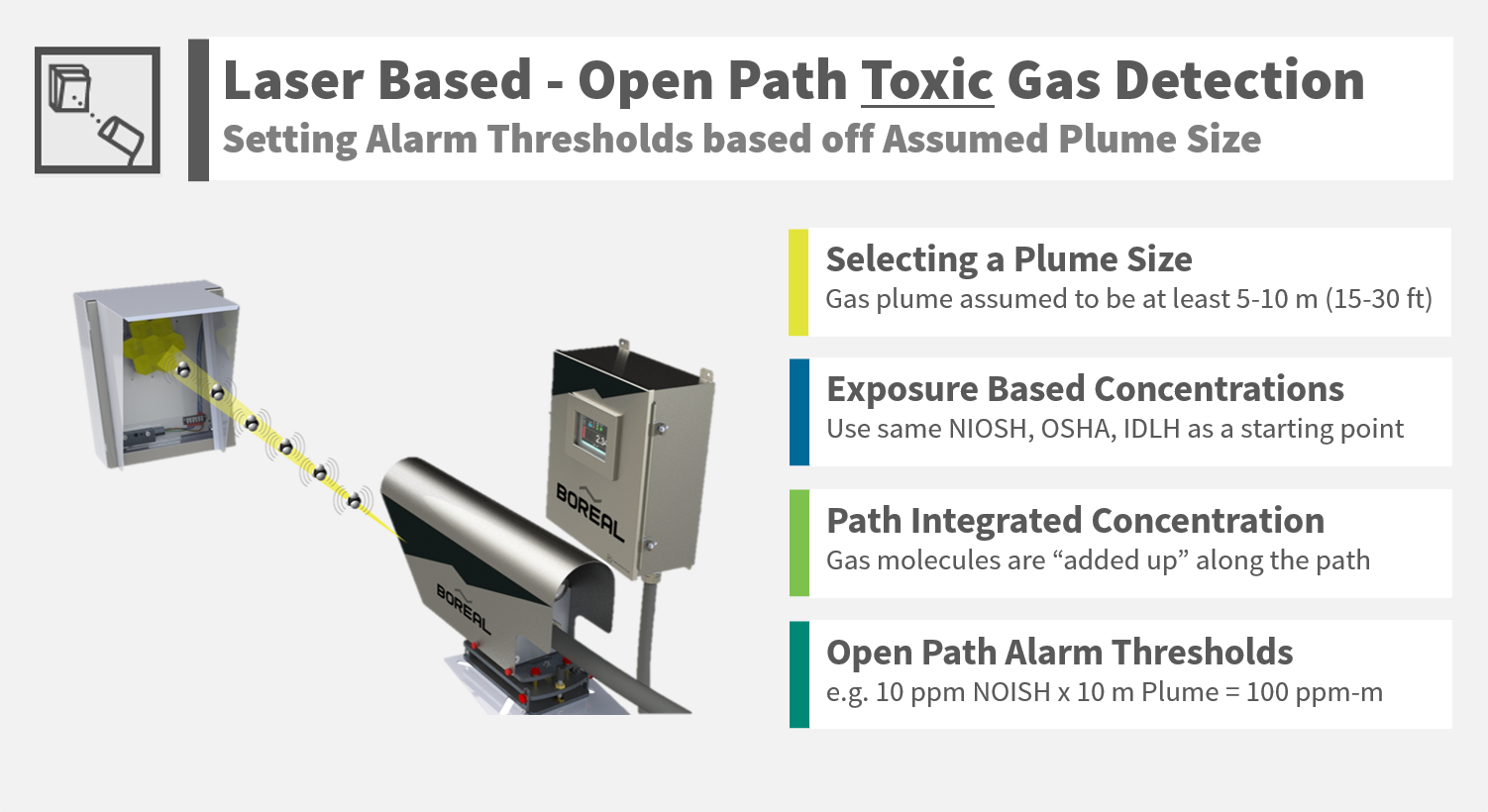 To assist the end-user in determining a starting point, the table below shows the typical Exposure Based Thresholds multiplied the assumed Plume Size of 10 m to generate a Path Integrated Concentration (ppm-m) Alarm Threshold. 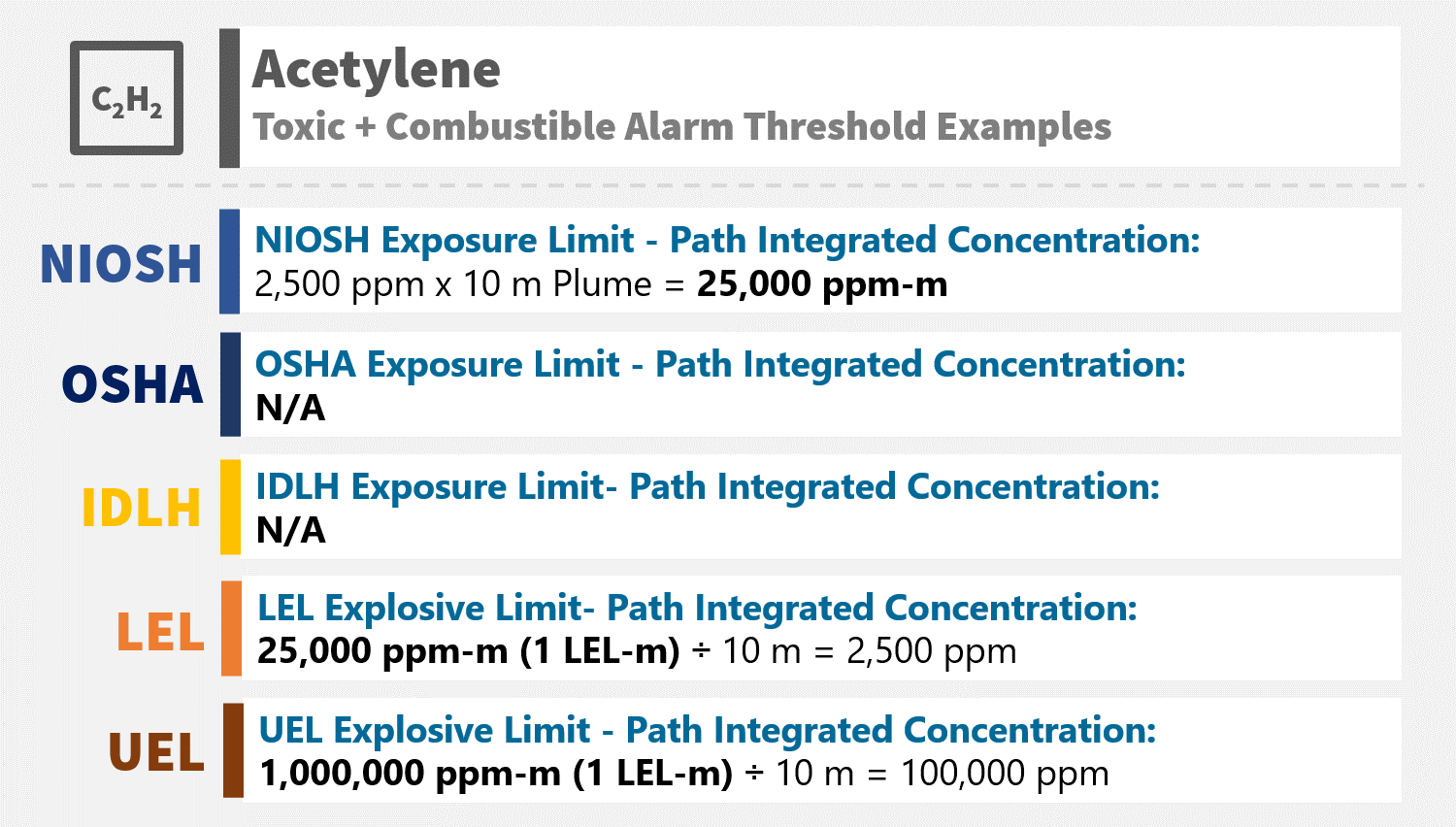 The table below shows how the example Alarm Thresholds fit within the Detectable Range for Open Path Gas Detection Applications. 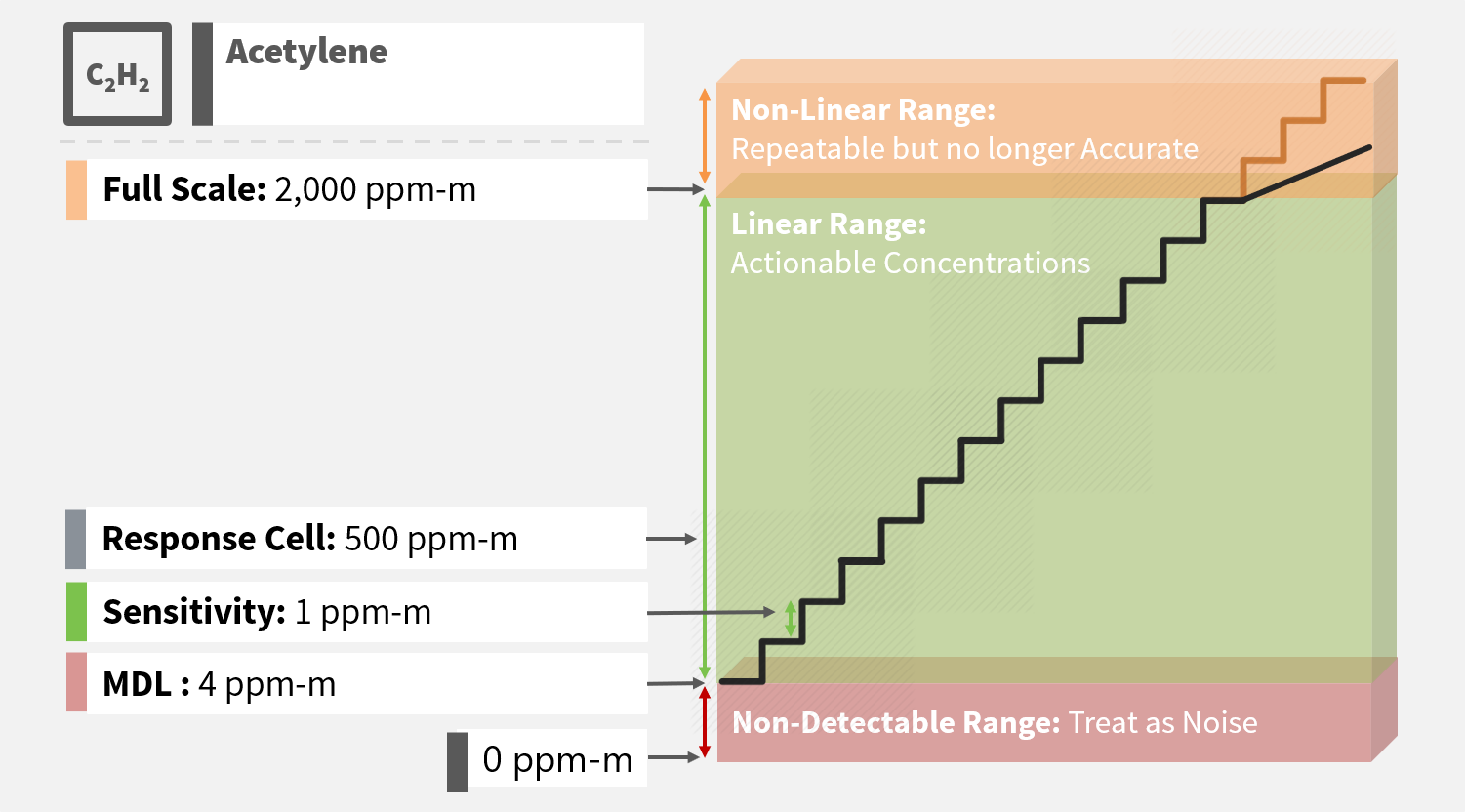 For the sake of illustration and simplicity, we’ll assume that the concentration of the plume is homogeneous throughout. As the size of the plume increases, we’ll be able to see lower Path Average Concentrations – this is the same for the MDL, Sensitivity, and Full Scale. 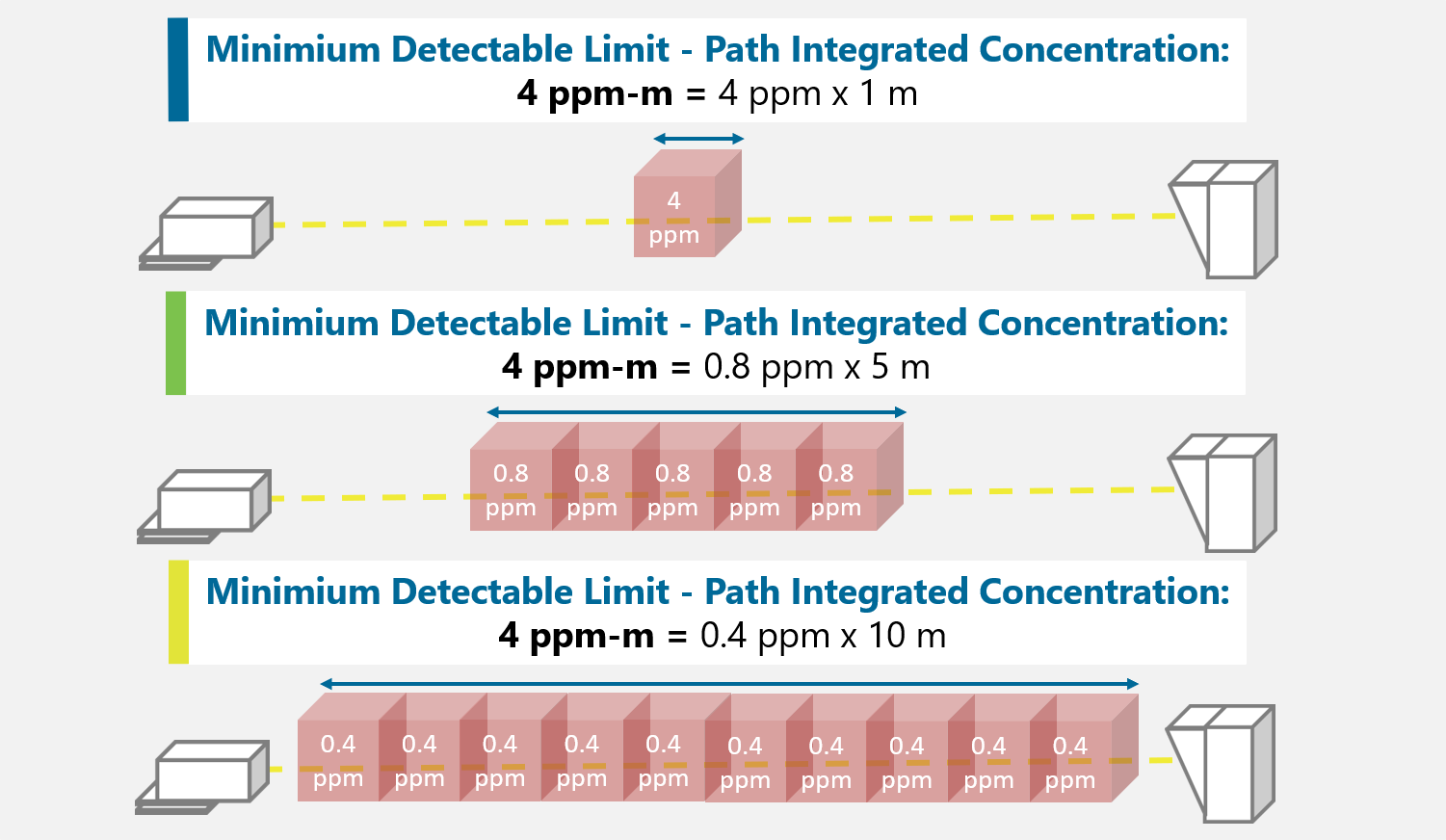 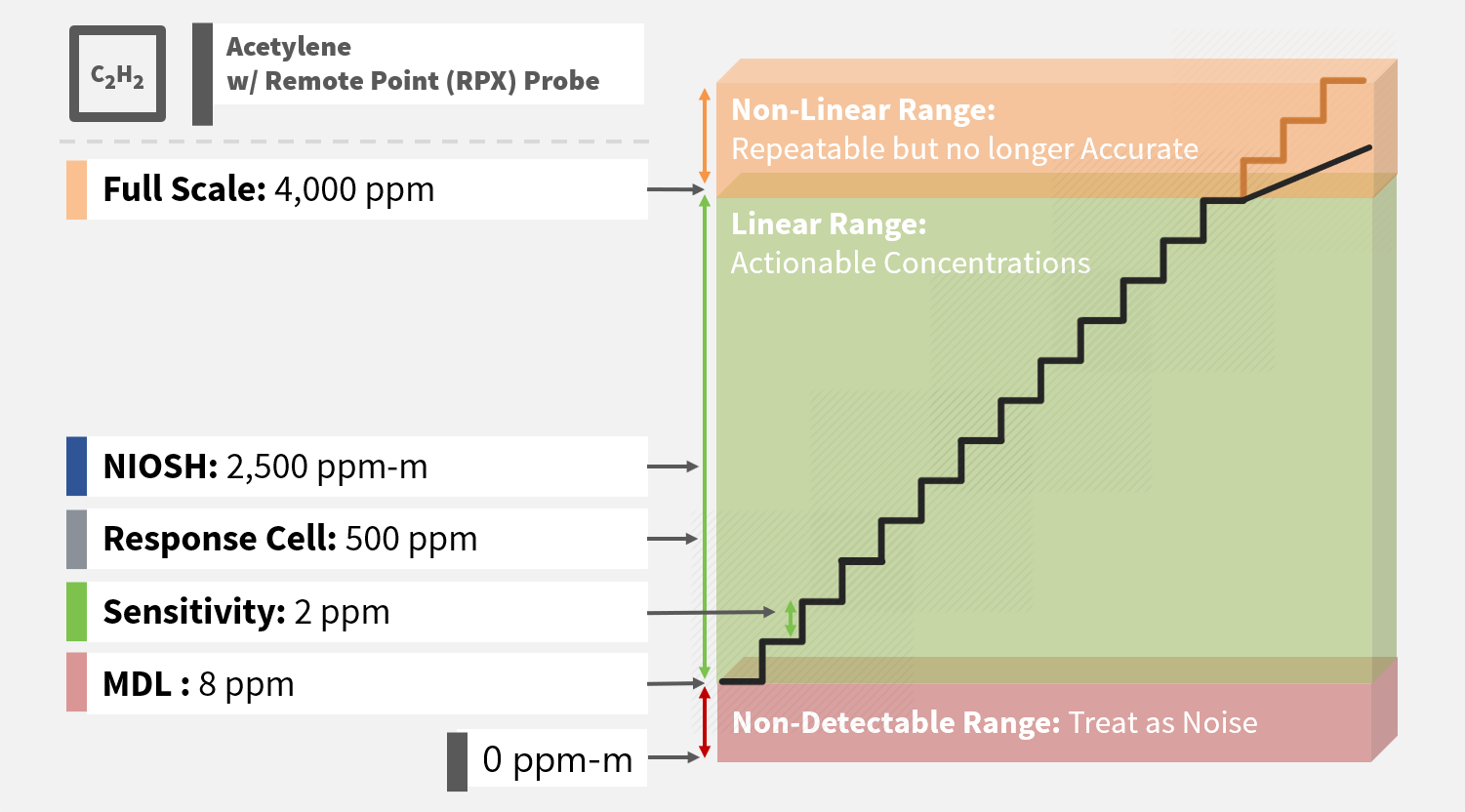 Laser Based – Gas Monitoring and Analysis

Making measurements within a contained process is handled differently than those in Open Path/Line-of-Sight arrangements. It is often assumed that the concentration is more or less homogeneous for path lengths less than 5m (15ft). 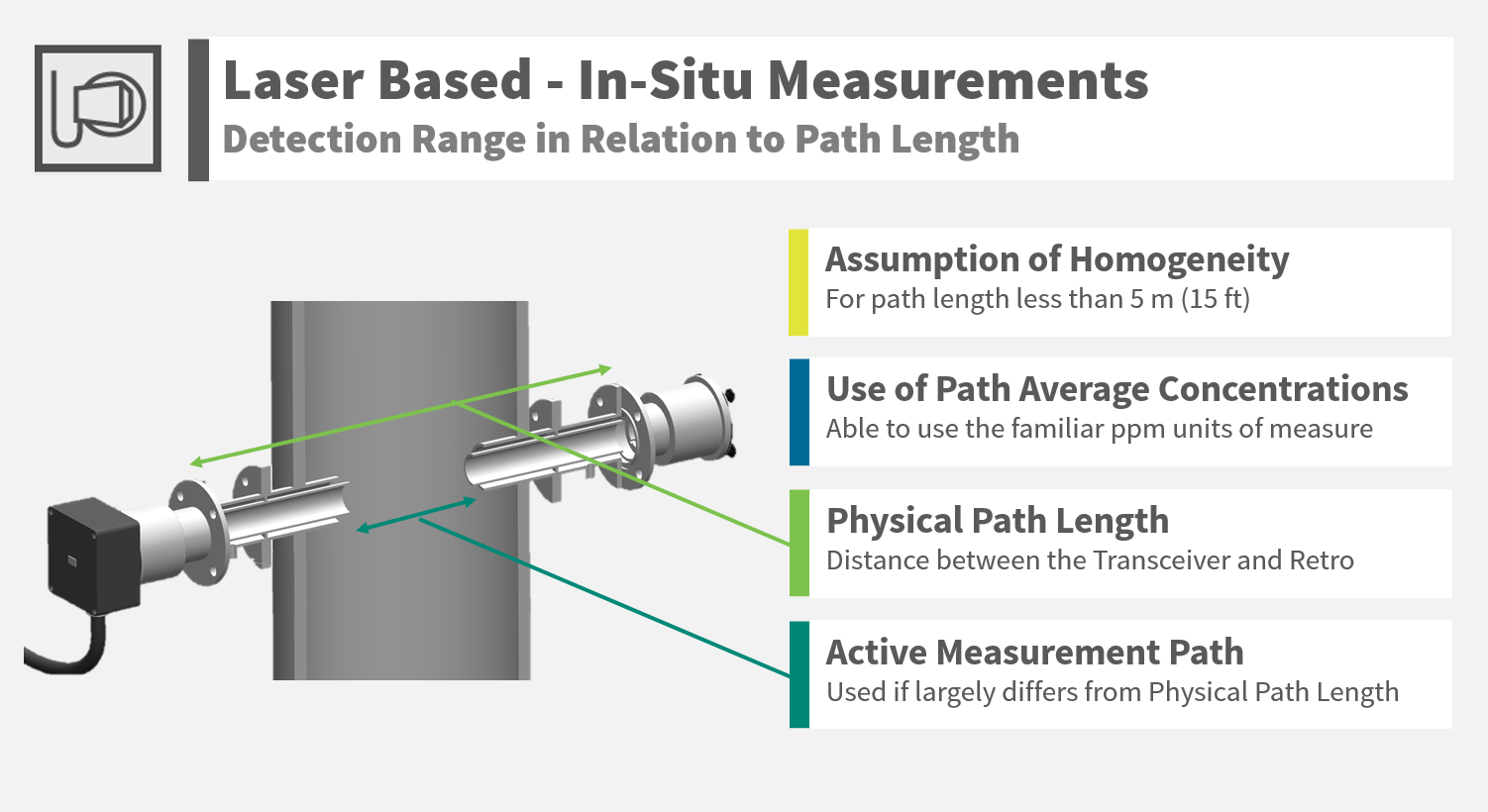 As Path Length (and the length of the Active Measurement Path) changes, so to does the Detectable Range of the GasFinder.

The relationship between the Path Length and the Detectable Range for Path Average Concentrations is both inverse and proportional:

The table below shows an example how the Minimal Detectable Limit (MDL) can change as the Path Length is increased and decreased. 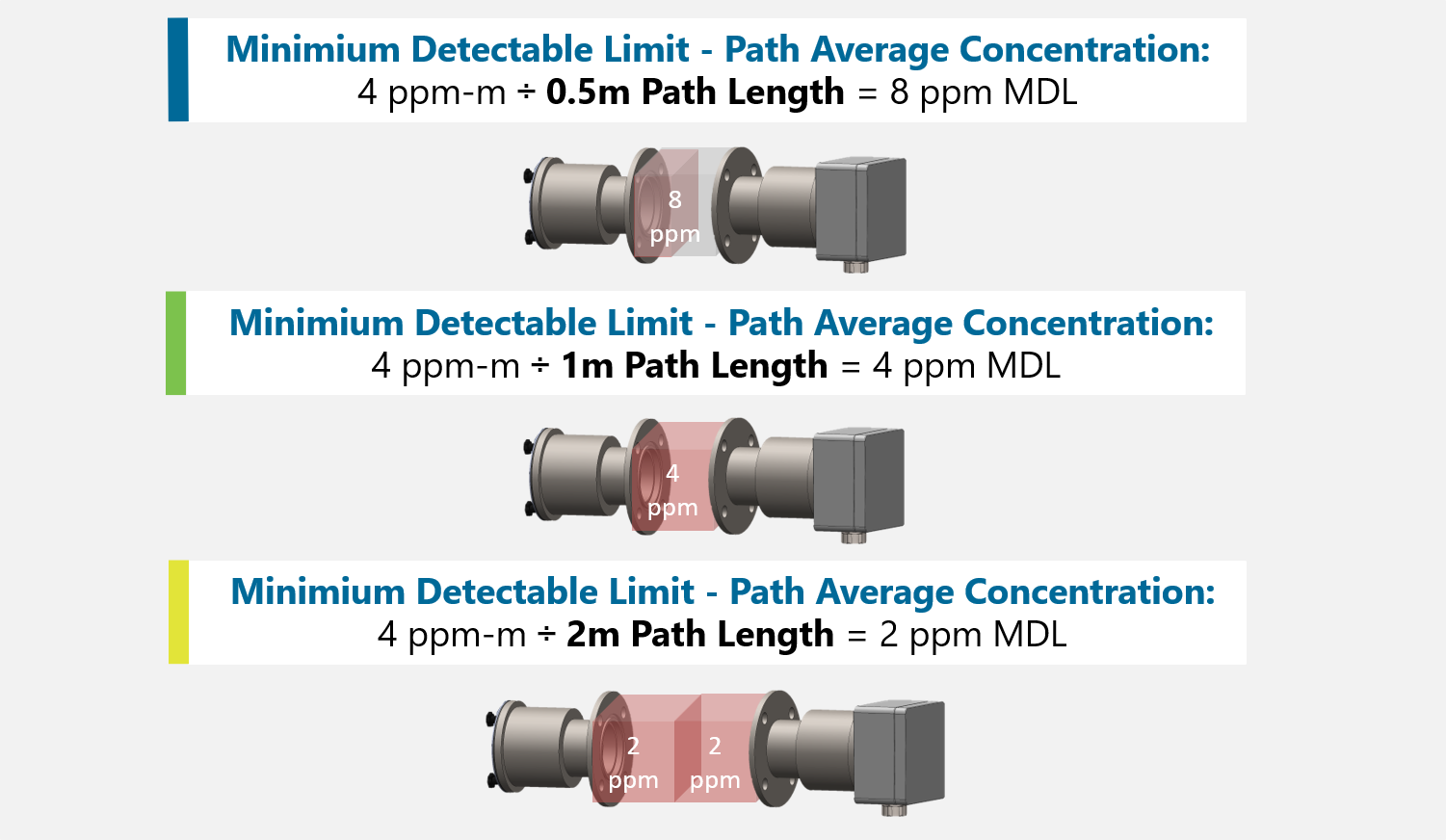 The following email addresses are the ideal contacts with Boreal Laser or with one of our Authorized Distributors.